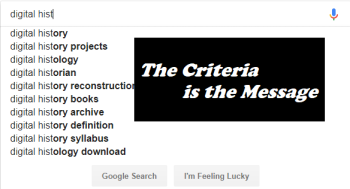 Preface
While the discipline of history is nested in the Humanities rather than Social Science, good research must universally be valid and reliable. The historian’s aim needs to be a core with branches reaching toward available or chartable mines of data. My possible digital history project is one that requires several trajectories and roads, some paved others not; throughout I expect it to illustrate the benefits and limitations of existing digital history and create its own path.

My mother’s family “home place” was an area of Wayne and Cabell county, West Virginia commonly named Beech Fork. In the 1970’s, the Corps of Engineers reshaped the waterways and moved residences to create Beech Fork State Park in 1979. This occurred as a response to flooding but in the process, the residing families were displaced, the Corps having the power and resources to carve the land into a space preserving wildlife and the ecology of the area, as well as relocate the citizens whose homes leveled. One part of this was the creation of Bowen Cemetery, which is located within the park, but which is a public cemetery hosting the remains of the families that resided there. The graves were relocated to this shared spot and arranged by family. At this time, my thesis will include interviews with the displaced and an 360-degree experience of the cemetery. For this course, I will aim and sharpen focus to a narrow piece that won’t make me drive 5 hours up Interstate 77.

For this blog entry, I’m finding the limitations of online resources for questions like my own, and how far we are from the intellectual utopian visions of the future. The key is keeping a (rational) faith that there is something there to find, and not being thwarted by the dead ends.

Digital treatments of my topic are not easy to find, but broadening my search to the digitized elements and presentation methods produced search results that hinted at challenges and opportunities ahead. Bowen Cemetery itself has a spot on Find-A-Grave.com with limited images (too many of just the welcome sign). These are static images taken by community contributors and genealogists that would have limited and select biographical information. Cemeteries found in larger cities with heavy tourism, such as New Orleans,  have video components but more to support the tourism industry. An example of what I would like to do with the cemetery presentation component of my research is in line with sites such as Civil War 360.

There is a remarkable advancement in the work Civil War 360 has done compared to such sites as Arlington Cemetery. The latter uses Google earth and the pace and aim of one’s experience are limited to the segments available in that platform. Civil War 360 is a product of the Civil War Trust and utilizes panoramic photography and mapping from Regal 360.  It is more fluid with multiple perspective choices. I am not familiar with the nuanced differences, this platform “created using HTML elements” and no other description, which might be proprietary. CivilWar.com also features differently animated and photographic mapping and presentation of historical data that is advanced and user-friendly, even a Civil War Battle Maps app which was impressive but not relevant to my project given the limited audience of interest at this point.

To bring these searches together, Google operates on the behavior of other searches and popularity so it can be difficult to find many leads on a more obscure topic or one that has multiple conditions built into the search criteria. Wikipedia and Encyclopedia Britannica are ideally authoritative resources with either user input and update capabilities or juried expert authorship respectively. However, the openness of Wikipedia does not guarantee credible sources (or citation) and may be more reliable with generous endnote links. Encyclopedia Britannica may likewise be more helpful for a quick explanation of an unclear reference or topic, but not beyond the superficial.

There is little comparison between digital representations of similar research ideas and a more scholarly traditional source. Most of what I have found in print regarding Beech Fork State Park and its creation has to do with the ecology in the area and the species that have thrived or are threatened. When I add the second focus of Oral History research, there are comparable projects for displaced communities. The US ACoE has a Public Affairs office but no digital record of this project, only news stories related to their Huntington branch going back to 2014.

This exercise reinforces the idea that Digital History is not a self-contained discipline but rather a specialization of ability to translate material from a variety of sources onto a digital platform. The historian still must be trained to understand the search and creation mechanisms at hand, how criteria is sorted, and how to efficiently and effectively mine the data or discoveries within and then apply it to the historical arguments posed. Our digital age may have simplified simple searches, but it can complicate or add conditions to the endeavors of academic research.